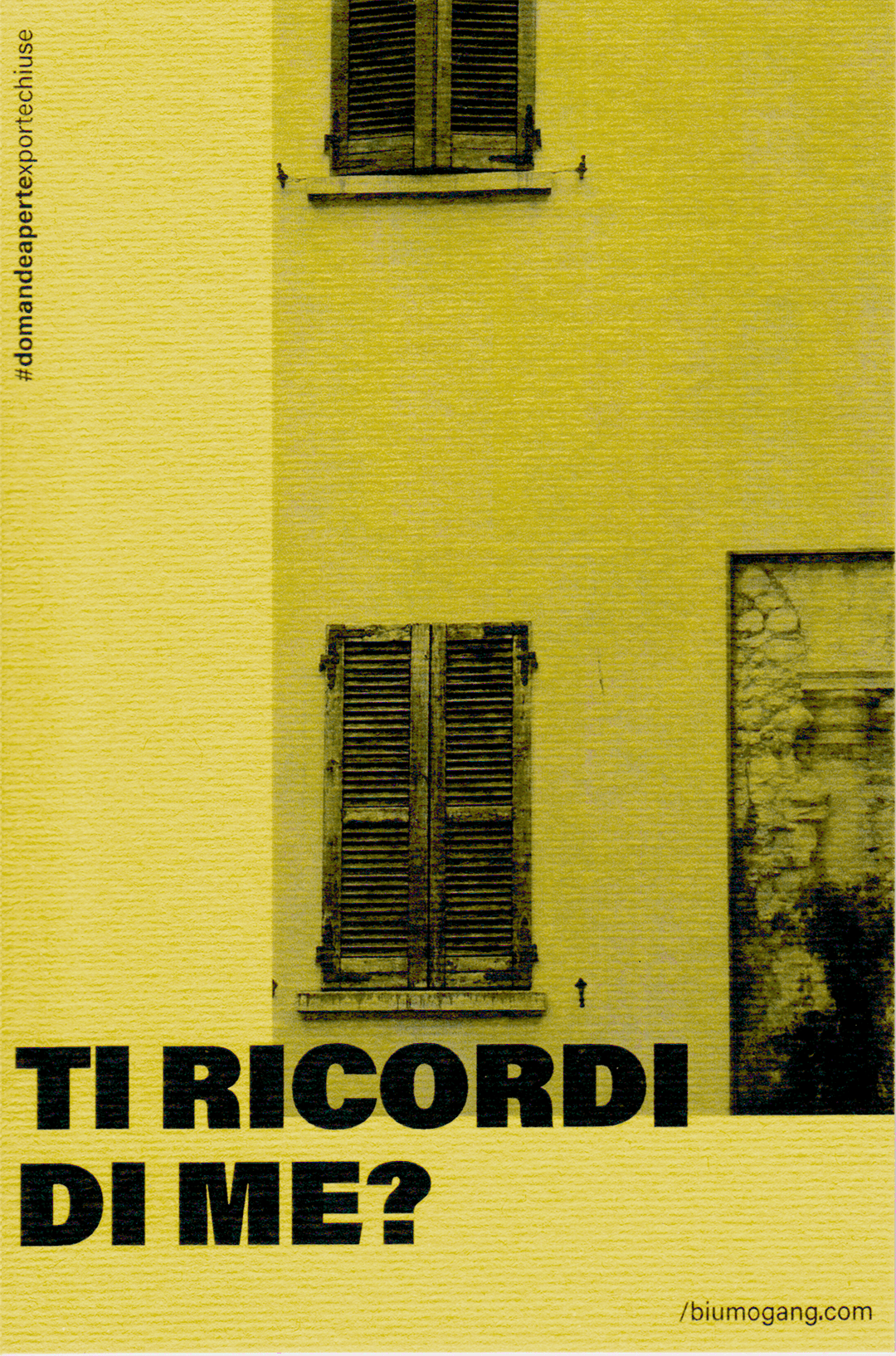 Design and develop a communication strategy suitable for a zero-impact project, a sustainable proposal for the urban enhancement in Varese’s district Biumo Inferiore.

In spring 2018, I joined a team of interior designers to find and develop a communication strategy suitable for a zero impact project.
Our team wanted to enhance some neglected urban elements in Biumo with reversible and low-cost interventions. Here we identified some doors of artistic and cultural interest: as they were abandoned or ignored by people, we took them as the object of the enhancement, thanks to the use of removable posters in adhesive vinyl.

The concept is based on a sort of personification of the doors. Each door becomes a character trying to establish a dialogue with distracted passers-by, capturing the attention with broad sense questions.
The tone is ironic, irreverent and poetic to stimulate curiosity: the questions are often in contrast with the aspect of the door and the environment. Though they are silently closed, the doors play a role of social spokesman by antithesis through open questions: so they can be seen as a reflection of the indifference of the community.

‘Talking’ doors encourage people to think about the site and its condition and we imagined that somebody could answer too. So we created many postcards where responses could be recorded and spread throughout the neighbourhood.